At first glance sponges may look like the most helpless animals on the planet, simply drifting with the ocean currents with no means of changing course or defending themselves. Sponges have no arms or legs for moving themselves around, no eyes or other obvious sense organs, and nothing that most people would consider a brain. Without any of the tools (i.e. big brains, opposable thumbs, bipedal walking, etc.) that helped modern humans spread across the planet, sponges have been floating around the earth for at least 500 million years.

One of the main themes of Wild Immunity is that every living thing on the planet needs to defend itself against exploitation. So how have the seemingly helpless waifs that we call sponges managed to defend themselves? One extremely effective defense system that sponges use is the complement system (reviewed by Leslie, 2012). No, they don’t whisper sweet compliments to their would-be parasites and convince the potential disease causing agents to attack something else. The complement system is set of proteins that work together to kill or disable pathogens. The complement system has proven so effective at neutralizing microorganisms, such as bacteria, that the system has been conserved across hundreds of millions of years of evolution, and there are clear similarities between complement proteins found in sponges and humans (reviewed by Leslie, 2012).

In the late 1800s it was discovered that blood serum could kill bacteria. The next discovery was that some of the bacterial-killing capacity of serum could be destroyed by heating the serum. The term complement was coined by Paul Ehrlich to describe this “heat-labile” component of serum. Since then, the system has been extensively studied and roughly 30 proteins have been identified that play a role in the mammalian complement system, and complement protein homologues (evolutionary-related proteins) have been found in nearly all animals, including sponges.

There are several different pathways (classical, alternative, and lectin-binding) that the complement system uses to kill bacteria, but all three pathways are dependent on the formation of a C3-convertase, which cleaves C3 into C3a and C3b and kicks-off of a cascade that cleaves other proteins into active forms. The end-product is a membrane attack complex formed by C5b, C6, C7, C8, and C9 that pokes a hole in the bacterial cell membrane, causing the bacterial cell to lose its ability to maintain homeostasis and die. Specialized immune cells called phagocytes then detect the complement proteins bound to the bacterial products and clean up the mess.

More than just a bacteria killer

Complement is such an effective and ubiquitous defender against microorganisms, that many pathogens have evolved proteins that attempt to disable complement. For example, the deadly variola virus (aka smallpox) produced proteins that bind to and disable C4b and C3b. In addition to complement prowess as a defender of homeostasis, over the past few decades it has become increasingly clear that complement is integrated into many aspects of immune defenses and general physiology. In addition to its important task of killing bacteria, it also helps neutralize viruses and parasitic worms, clears dead host cells, form new blood vessels, generate new tissue following injury, and direct formation of new neuronal synapses (Ricklin et al., 2010). Defects in complement genes have been associated with many diseases, such as cancer and lupus (Madelson, et al., 2004), and research is rapidly uncovering new roles for complement. The short version of this story is that the complement system has been critical for survival for millions of animals for millions of years, and still has important and diverse roles in health and disease today.

Question of the week

Simple animation of the complement pathways 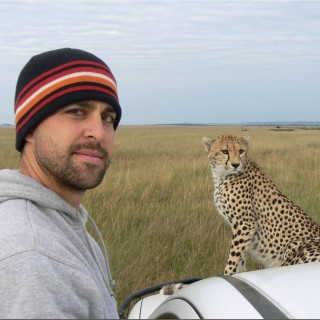